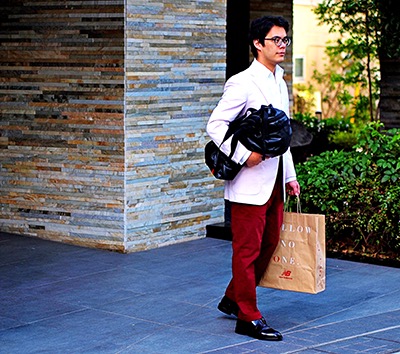 1.Prologue: Behind the Scenes
2.English phrases about sexual orientation
3.My Wardrobe This Week
4.Epilogue

So far on Sekai e Hasshin! SNS Eigojutsu we’ve covered a number of socially relevant topics, like #MeToo, #NeverAgain, and #ImplicitBias. The common element between these is the idea of diversity. Diversity is about acknowledging the wide range of differences between individuals and groups, and striving to build a society or organization where those differences can serve as a competitive edge. Diversity has become sort of a hidden theme of our show.

On this episode, we featured a bunch of #Pride tweets. Pride is a word that means “self-esteem" or “sense of achievement". In the case of #Pride, it refers not to some kind of self-development movement or the defunct Japanese mixed martial arts promotional company, but to LGBT pride. In other words, the idea that we should have pride in our sexual orientation. In the U.S., June is LGBT Pride Month, in commemoration of the Stonewall riots.

The rainbow flag is a symbol of LGBT social movements. The six colors of red, orange, yellow, green, blue, and purple represent the diversity of the LGBT community. Today the flag is used not only in the U.S. but in Japan and all over the world. If you paid especially close attention to the bumpers in-between different segments of our show, you might have noticed that our logo had been turned into a rainbow flag.

On the show we only had enough time to cover LGBTQ, but recently this appears to have expanded to LGBTQIA+.

The word “gay" originally meant cheerful, brightly colored, or carefree. In the 17th century, “carefree" started to mean “led astray", and that sense of debauchery eventually came to refer to homosexuality. Generally, until the mid-20th century, “gay" was mostly used in the sense of “cheerful" and “free". Then in the 1960s, members of the LGBT community began using the word themselves, and eventually its dominant meaning became “homosexual". In the 60s, the word “queer" chiefly meant “strange" and was considered derogatory; meanwhile “homosexual" sounded too clinical, as if it were a disease. At the time the LGBT community mostly stayed away from these two terms.

As we talked about on the show, the Japanese use the term “coming out" for disclosing one’s sexual orientation, but this on its own is an incomplete expression—it does not indicate where the person is coming out from. The full English expression is “to come out of the closet". This metaphorical “closet" is a place hidden away from the world or for family. To be “in the closet" means that you are keeping your sexual orientation hidden or a secret. Of course, the closet is a place where you don’t want to be seen by others, so it comes with a certain shame and embarrassment—the feeling that your life is a lie. (Side note, “to come out of the closet" can also be used to refer to disclosing an illness or something else that you don’t want people to know about.)

Also, to reveal a closeted LGBT person’s sexual orientation either to their family or to society at large is “to out someone".

There are some other baseball-related euphemistic phrases used to describe someone’s sexual orientation. For example, “to bat for the other team" is another way of saying someone is homosexual. Meanwhile, “switch-hitter" is someone who swings both ways, right-handed and left-handed—someone bisexual. In the U.S. baseball is a sport for boys, while softball is a sport for girls. Side note, the 1976 film The Bad News Bears is a great baseball film—and it features a girl joining a boys’ baseball team.

Side note, when I was a kid, people on the playground used “gay" to mean “terribly uncool". We would throw around the term so casually. But looking back it’s clear that kids subconsciously absorb and repeat the words used by the adults and other children around them. Parents should be careful of what they say around children.

Linen is a type of textile made from the fibers of the flax plant. The Japanese often call this material asa (麻), a character that they use as an umbrella term for both hemp and linen. Compared to cotton, it has a coarser, slightly more rigid texture. Linen textiles are usually thin and very breathable. The fabric doesn’t cling to the body, leaving you dry and comfortable in the summer. One disadvantage is that it wrinkles quite easily.

Seersucker is a type of cotton fabric that has a crimped or puckered surface. Those crimples facilitate heat dissipation and sweat evaporation to keep the body cool. The fabric is often striped or checkered. The crimpled fabric is also convenient in that it doesn’t need to be ironed. 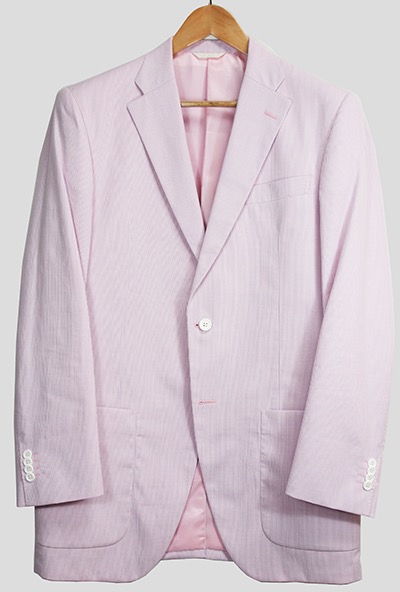 This year I really wanted to wear a seersucker jacket, and I’d had my eye on a few off-the-rack items at Brooks Brothers and Ralph Lauren since May. After trying a few of them on and consulting with Scarlet, we decided that if we wanted a perfect-fitting jacket, I would need to have it made to measure.

I headed over to Azabu Tailor by myself, looked at a bunch of fabrics, and decided to go with this one with pink candy stripes. Without putting much thought into it, I assumed it was seersucker.

Cut to about a month and a half later. The jacket I ordered arrived at the office, and I tried it on with complete confidence. Scarlet took a look at me and said, “That’s a very nice jacket, and it’s a perfect fit, Kazoo. But that’s not seersucker."

In my naiveté I’d assumed that the defining trait of seersucker was the stripes, but Scarlet explained to me that it’s the distinct crimped or puckered texture. The jacket I’d ordered was certainly a summer jacket based on the pattern, but the fabric itself is relatively smooth and utterly without crimples—and thus technically not seersucker. (Nonetheless I still really like the jacket. Really.)

But the shock and embarrassment still remain. Whenever I wear this jacket, I try to forget all that and put on as nonchalant a face as I can muster.

Incidentally, because of the fine candy striped pattern I was afraid it would be a problem for the cameras again, and I’d be foiled once again by the dreaded moiré pattern. Thankfully it turns out the pattern is so fine that the jacket simply appears pink. 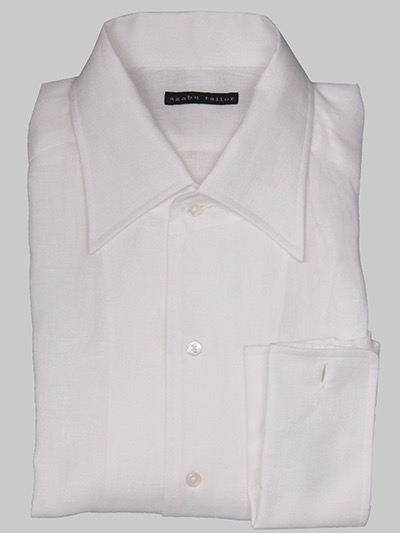 In addition to a few summer jackets, I also ordered a few summer shirts at Azabu Tailor, this white linen shirt included.

After watching this week’s show, Scarlet told me that I needed to pay a little bit more attention to the position and shape of my collar and the front of the shirt. As I always focus all of my energy on the show making sure to look into the camera straight on and read my lines as naturally as possible, I’d neglected to put enough care into how my collar was looking.

Ironically, in order to pull off a cool, relaxed summer look, you need to pay close, careful attention to the details. Sigh. 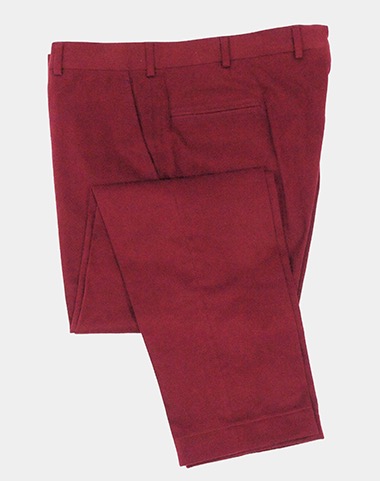 Check out LANGUAGE & EDUCATION #004 for more information about this item.

Up until now I’ve mostly worn black or gray socks on the show, but this time I mustered the courage to go with a very vivid pink. These are the Tabio Men’s Supima 3×1 Ribbed Socks in solid pink, for 972 yen.

The thin supima cotton fabric is very comfortable and breathes well. They were a perfect choice for my Red Wing chukkas, which still have a tight fit as I’m in the process of breaking them in.

Tabio offers a bunch of colorful socks for affordable prices, so the adventurous will find much to like. 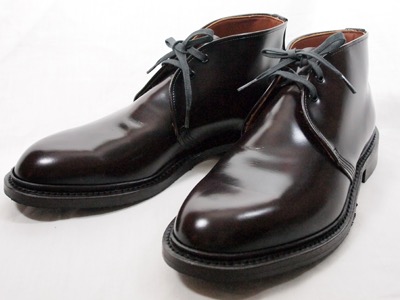 Check out LANGUAGE & EDUCATION #004 for more information about this item. 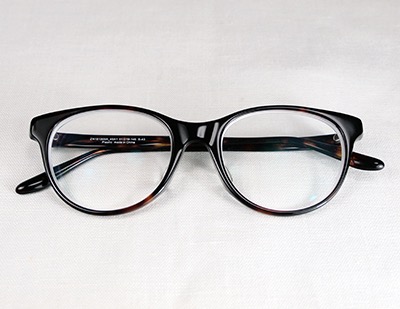 Check out LANGUAGE & EDUCATION #002 for more information about this item.

While LGBT Pride Month was not established by the U.S. government, it has been officially recognized by two past presidents: Bill Clinton became the first in June of 2000, and later Barack Obama did the same.

President Donald Trump, on the other hand, has not officially recognized LGBT Pride Month. Although he has voiced his support for same-sex marriage in the past, with his announcement to ban transgender people from serving in the military and the ease with which he flip flops on decisions, many in the LGBTQIA+ community are rightly concerned about the future.

Regardless, in a Western society—particularly in the U.S.—the fight lies in not compromising your beliefs and not backing down. American society is a place where only those who stick to their ideals are respected—someone who flip-flops is not taken seriously and is often derided with scorn. The LGBT movement in the U.S. seems to take two steps forward before it is pushed back one, but society is slowly but surely headed in a direction of greater diversity. If you ask me it’s only a matter of time—which of course, is no consolation, nor is it an excuse. Still, American society certainly changes at a more rapid pace than Japanese society.

Lastly, I’d like to introduce a couple of slogans of the LGBT movement. One is “born this way", and the other is “being gay isn’t a choice". These phrases speak volumes about our society and its relationship with the LGBT movement. It’s hard to believe that in the 21st century, there are still people who can’t wrap their heads around these ideas.

Born This Way
Buy on Amazon

Side note, the famous singer and gay icon Lady Gaga released an album in 2011 called Born This Way, which was a massive hit worldwide. The album even won a Golden Disk Award in Japan. Did the lyrics strike a chord with Japanese listeners? I’m skeptical. Japanese readers are advised to take another look at the lyrics.