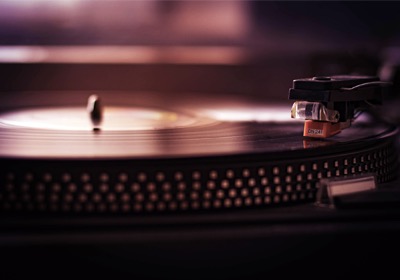 For this article, I’ve put together a list of some of the albums that have shaped who I am. The list spans a love for classic rock passed on to me from my father, contemporary R&B that captivated me as I grew up in the 90s, progressive house music that became an obsession after moving to Tokyo, and jazz fusion that BigBrother turned me on to.

My father was a professional rock guitarist in his native El Salvador, but he immigrated to the U.S. in search of bigger success. Apparently he was an especially big fan of Led Zeppelin.

However, he found that making it in music in America—the nexus of rock music—wasn’t for him, and he ultimately became an engineer for companies like IBM and Intel.

Lead single “I’ll Make Love to You" is vintage Boyz II Men on par with their 1992 hit “End of the Road", and the first track “Thank You" is a personal favorite.

I will be the first to admit that I was initially taken with their sweet vocal harmonies. But after graduating from UCLA and dabbling in DJing in Japan, I picked up a collection of Boyz II Men remixes at Manhattan Records in Shibuya. The more I played those tracks, the more I began to understand the importance of the producer on an R&B record.

I realized that even if you were listening to the same melody, tracks could sound completely different depending on the mixing engineer and/or producer.

It also turned me on to the brilliance of Babyface and Jimmy Jam & Terry Lewis—who each produced a number of tracks on “II".

Guitarist Carlos Santana is a musician I have long been interested in, not least because of his Latin American roots.

However, it wasn’t until I listened to this triple live album that I truly felt the power of Santana’s music.

These heavyweight vinyls are cut from the latest digital remaster of this legendary Japanese live recording—you’ll feel that time and place being brought to life.

Another defining feature of the album is the 22-panel jacket designed by well-known Japanese artist Yokoo Tadanori.

Today Santana is known for endorsing Paul Reed Smith guitars, but it’s interesting to note that at the time this concert was recorded, he played a Japanese Yamaha SG-175.

In a way I think of Carlos Santana as a sempai (someone whose footsteps I follow), on account of his Latin background, his roots in San Francisco, and his fusion of various elements with Japanese culture.

The progressive house sound of Sasha and John Digweed playing back-to-back—which I most recently experienced at Ultra Japan 2017—has had a profound effect on my life.

While I lived in California I was never particularly interested in the nightclub scene—I had a low opinion of electronic music and the nightlife was too seedy and rough for a square—but during my time studying abroad at Sophia University a friend took me to something called Club Phazon Womb Mobile Project. The headliners just happened to be Sasha and John Digweed, and I became a devotee overnight.

I was hooked, and so after graduating from college, I made it a point to do some work helping out DJ and computer music production-related projects alongside interpreting and translating work.

Lately it’s become fairly easy to come across MP3 audio of live DJ sets, and in that sense it’s a godsend to be able to hear the likes of Sasha and Digweed working their magic in a variety of settings.

But at the end of the day, you want at least CD-quality audio to appreciate the music these guys put out into the world. Or even better, get even deeper with high-resolution audio.

After taking up DJing and listening to more and more vinyl records, I started becoming obsessed with the sound of vinyl.

I was surprised to find that vinyl carries a kind of human touch that is different from the sound of CDs and digital audio files.

What’s more, with vinyl you have the added fun of experiencing playback using different needles.

Currently I’ve put away the Technics DJ turntables and have been using the Denon DP-500M high fidelity turntable with an Audio-Technica AT33EV needle to listen to jazz.

My dream concert would be to see Jaco Pastorius in his prime play one of my favorite venues: Blue Note Tokyo in Aoyama.

BigBrother is always lamenting the fact that the Japanese are able to engineer world-class audio equipment—brands like Yamaha, Pioneer, and Technics—but the quality of the sound engineering here is so abysmal.

He says the use of the sound systems in Japan’s nightclubs is of such low quality it’s beneath debate, and likewise the sound quality at concerts and on CDs is so bad that it’s hard to believe a professional engineered them.

Perhaps, he says, it’s because they’ve never been exposed to good sound in their entire lives. In Europe and America, you get the sense many industry professionals were born into good sound—exposed to auditory stimuli such as live classical music before they could walk and talk. In Japan, however, industry veterans grew up into their mid-to-late teens knowing only the distorted sound of a radio cassette player. As for the younger generation of industry professionals, it seems safe to assume most grew up listening to MP3 quality music on a smartphone, using the kind of earphones that came packaged with the smartphone itself.

Being obsessed with what is good music is certainly admirable, but it’s equally important to think about what exactly is good sound.

After all, BigBrother says, listening to good music at good sound quality is one of life’s most wondrous pleasures.