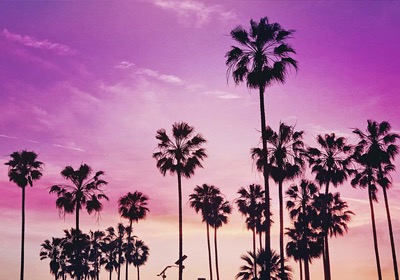 1.The Eagles and the California Sound

When discussing the music of California, the first talking point has to be the Eagles; more specifically, I would suggest that it has to be the towering achievement that is Hotel California.

The Eagles played a central role in defining the California sound of the 70s—aka West Coast rock. The band was originally formed as the backing band for Linda Ronstadt, but soon struck out on its own and achieved success with the support of musicians like Jackson Browne (who co-wrote “Take it Easy”) and J. D. Souther (who co-wrote “New Kid in Town”).

The band would reach the peak of that success with the release of its 1976 album Hotel California.

The album feels complete, not only because of its iconic title track “Hotel California”, but because of its overall cohesiveness as a concept album. It is one of the definitive works of West Coast rock of the 70s.

2.The Greatness of “Hotel California"

Hell Freezes Over
Buy on Amazon

But back to the title track. The intro melody, drummer Don Henley’s lead vocal, the twin lead guitar solos of Don Felder and Joe Walsh—words are not adequate to describe the song’s charms.

More than just the music, I’ve always been intrigued by the lyrics to “Hotel California". This may not apply to the CD version, but open the gatefold cover of the vinyl and the lyrics to this song—and only this song—are printed on the far right-hand side.

In Japan it’s been custom to include lyrics sheets (featuring English lyrics—often transcriptions—with Japanese translations) with vinyl records, but with U.S. releases, it has been my experience that most records and CDs do not come with lyrics sheets. Which leads me to surmise that the band had a particular attachment to the lyrics of this song.

The song begins with a dreamy arpeggio played on a Gibson EDS-1275 Doubleneck guitar, which brings together a 12-string and 6-string guitar on a body similar to the Gibson SG. The song exudes an ethereal air; perhaps, one could say, recreating the feeling of smoking marijuana. The EDS-1275 was originally popularized by Jimmy Page, specifically in Led Zeppelin’s live performances of “Stairway to Heaven".

Taken as a whole, my interpretation is that the lyrics voice disillusionment and objection to an overly commercialized recording/music industry where sex and drugs ran rampant.

3.The Lyrics to Hotel California

Two sections stand out to me in particular. One goes as follows:
So I called up the Captain
“Please bring me my wine"
He said, “We haven’t had that spirit here
Since nineteen sixty-nine"

1969, of course, was a watershed year in the history of rock music. In January, the Beatles held the Rooftop Concert—their last public performance as a group—and by fall had unofficially disbanded (they officially broke up in 1970). 1969 was also the year the Woodstock Festival was held, signaling the apex of the hippie movement; it was also the year of the Altamont Free Concert, which ended in chaos, violence, and tragedy. In terms of socio-political atmosphere, it was the year that Nixon became president, and desperate to end the quagmire of the Vietnam War, announced his administration’s Vietnamization strategy.

The word “spirit", of course, has two meanings: it refers to both hard alcohol and incorporeal beings.

We are programmed to receive,
You can check out anytime you like… but you can never leave

Yes, it’s nifty that “receive” and “leave” rhyme, but the real questions here are: what exactly is being “received”, and how is “leaving” different from “checking out”?

This section—and the song as a whole—has arguably been interpreted to death, but allow me to add my two cents to the debate.

My take is that these lines are talking about modern capitalism and democracy. To paraphrase: Regardless of our individual place in society, we have all been brainwashed into automatically accepting this highly evolved social system of democracy. Money may be able to buy you rubber-stamp versions of material freedom, but you will never obtain freedom in the truest sense.

Strike a chord with anyone?

In any case, these lyrics precede the legendary guitar solo.

Finally, a few recommendations. If the Eagles are your jam, I also recommend Don Henley’s solo works—Henley provides lead vocals on Hotel California—as well as the work of Karla Bonoff, who incidentally also wrote several songs for the aforementioned Linda Ronstadt. 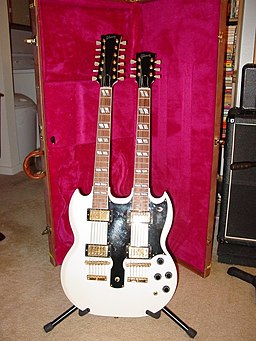 BigBrother says that the twin lead-guitar duel that follows the lyrics I’ve dissected above is one of the crowning achievements in rock guitar.

On the studio recording, Don Felder—who composed the solo—plays a Gibson Les Paul (in live performances, a EDS-1275 Doubleneck), and Joe Walsh plays a Fender Telecaster. The coda contrasts these two guitars and their respective sounds, and for young aspiring guitar players it was a dream collaboration.

The Gibson Les Paul comes with humbucking pickups—known as “humbuckers"—and produces sound that is both fat and sweet.

The Fender Telecaster, on the other hand, comes with single coil pickups, and produces a punchy sound with clear definition.

When BigBrother came across news online that the guitar-playing population has been shrinking in recent years—causing both Gibson and Fender to run into financial problems—he was heartbroken.

Back in high school, he was slated to play “Hotel California" at the school’s annual cultural festival along with his band. He was able to borrow one of the few ESD-1275 Doublenecks available in Japan from an alumnus that had become a professional studio musician, and the performance ended up being one of his most cherished memories.

Apparently, there was one point of contention. The studio version fades out at the end, and BigBrother and the other members of the band had a heated dispute as to how the song should end when performed live. Somehow, they managed to settle on a finish.

Several years later, they managed to get their hands on live footage of the Eagles performing, and they were extremely pleased to find that the Eagles themselves had ended the song in much the same way they had settled on.

Apparently, that was a considerable point of pride for BigBrother at the time.