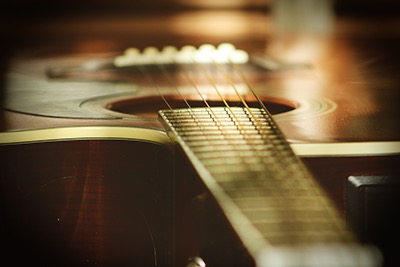 1.The country rock sound of Southern California
2.Jackson Browne, one of the greatest singer-songwriters to come out of the West Coast scene
3.The sixth Eagle, J. D. Souther
4.Epilogue

The 70s in California were defined by bands like the Eagles and the Doobie Brothers.

While these bands were from the same West Coast that gave rise to all the psychedelic rock groups of the 60s, they were more strongly influenced by R&B and country music from the South. They took the rough, earthy, unpolished sounds of genres like southern rock and the blues and interpreted them through the sunny, wide-open lens of California culture.

The Eagles has its origins as the touring band for the queen of West Coast rock, Linda Ronstadt. Also integral to the West Coast conversation are Jackson Browne and J. D. Souther, who wrote or co-wrote numerous sounds for both Ronstadt and the Eagles.

Heart Like a Wheel (1974)
This album is not only Ronstadt’s breakthrough, but is also one of the seminal albums of the West Coast rock of the 70s. Rolling Stone magazine voted it 164th on its list of the 500 Greatest Albums of All Time.

‘Round Midnight (1987)
This two-disc album brings together the three albums of jazz standards Ronstadt made with bandleader Nelson Riddle, who is best known for his work as an arranger for Frank Sinatra and Nat King Cole. All three albums went platinum, selling more than a million copies each.

The Very Best of Linda Ronstadt
This single CD best-of compilation brings together 21 classics from the queen of West Coast rock.

2.Jackson Browne, one of the greatest singer-songwriters to come out of the West Coast scene

Born in Germany and raised in L.A., Jackson Browne started singing folk songs at clubs when he was a teen. After graduating from high school he honed his craft in L.A. and New York City, while also working as a staff writer for a record company and penning songs for other musicians. He made his solo debut in 1972 with his self-titled album Jackson Browne.

Browne is known for an illustrious solo career but is just as well known for his talents as a songwriter—perhaps most famous is “Take it Easy”, a song he co-wrote with the Eagles’ Glenn Frey—and in 2004 he was voted into the Rock and Roll Hall of fame.

He has also appeared numerous times with contemporaries like Bruce Springsteen, and for a long time has been involved in environmental activism. Rolling Stone magazine has called him the most accomplished songwriter of the 1970s.

The Best of Jackson Browne
This single-disc best-of compilation, which compiles one song from each of Browne’s albums, is a fine introduction to the artist.

The Pretender (1976)
Released after Browne’s first wife committed suicide, the album is characterized by a sense of despair. The title track satirizes the emptiness of L.A. suburban life. In 2003, Rolling Stone magazine ranked this 391st in its list of the 500 Greatest Albums of All Time.

Hold Out (1980)
Released amid the disco boom, this album received lukewarm reception from American music critics for incorporating synthesizer. Nevertheless, it became the only album by the artist to take the number one spot on the Billboard charts.

Late for the Sky (1974)
Browne’s third studio album was recorded along with his touring band at the time. The stripped-down sound and the gloom and doom lyrics are early Browne at his finest. Eagles drummer Don Henley and J. D. Souther appear to provide some wonderful vocal harmonies.

The Broadcast Archive: Classic Live Recordings From the 1970s-1990s
This four-disc set compiles recordings of Browne’s radio performances between the 70s and 90s. The sound quality is par for the course for radio recordings, but Browne’s songs are as powerful as ever. 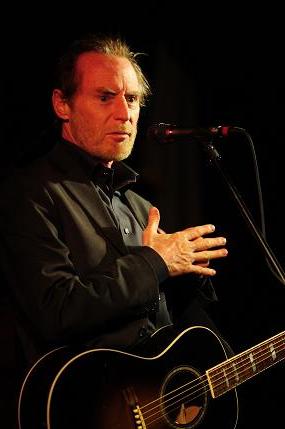 J. D. Souther, sometimes considered “the sixth Eagle", was also an integral part of the West Coast scene of the era.

Souther is a singer-songwriter born in Detroit and raised in Texas. Initially interested in jazz in his youth, he became charmed by country rock after moving to L.A. in the 60s.

It was through working with Frey and Linda Ronstadt that Souther would realize his musical style. He found that while country and country rock music seemed primitive on the surface, the styles had deep, thick roots with a wealth of creativity to mine.

Souther is also highly regarded as a songwriter who has provided songs for many musicians, including the Eagles and Linda Ronstadt.

His contributions to the Eagles include “Best of My Love", “Victim of Love", “Heartache Tonight", “New Kid in Town", and “How Long".

Souther has penned music not only for Linda Ronstadt, but also for blues singer and guitarist Bonnie Raitt.

Souther is perhaps best known for the title track from his 1979 album You’re Only Lonely, which became a bona fide hit on the U.S. charts. In Japan the song was used on the soundtrack for the film Nami no kazu dake dakishimete and in commercials for the Mitsubishi Outlander. The song is one of the best known hits of the AOR genre and has the kind of sentimental sound that pulls at the heartstrings of the Japanese.

You’re Only Lonely (1979)
J. D. Souther’s third album features his greatest hit, the titular “You’re Only Lonely". Jackson Browne provides backup vocals and the single took the number one spot on Billboard’s Adult Contemporary chart. Also on the album are two songs Souther co-wrote with Glenn Frey from the Eagles.

Home By Dawn (1984)
Souther’s fourth album. The popularity of country rock had waned in the early 80s, resulting in a lukewarm reception upon release, but this is an underrated gem. Linda Ronstadt and Eagles drummer Don Henley also provide backup vocals on some of the tracks.

Raitt’s fifth album still retains her gritty blues rock sound, albeit with a more refined, pop-leaning twist. Jackson Browne and J. D. Souther provide backup vocals on some tracks, and the latter also wrote the song “Run Like a Thief".

Nick of Time (1989)
By the 80s, while Raitt had achieved recognition as a blues rock musician, she’d yet to have a bona fine commercial hit. After moving to Capitol Records, she released this, her tenth album and the biggest hit of her career. It garnered her wins for Best Album, Best Female Pop Vocal, and Best Female Rock Vocal at the 1990 Grammy Awards.

The Best of Bonnie Raitt (2003)
This best-of compiles 18 tracks—covers and originals—from Raitt’s output on Capitol Records.

For this entry in our series on West Coast rock, I wrote about psychedelic rock and country rock, as well as Jackson Browne and J. D. Souther, two seminal musicians in the development of the California sound. Next time I’ll be writing about the Roots Music of David Lindley and Ry Cooder!