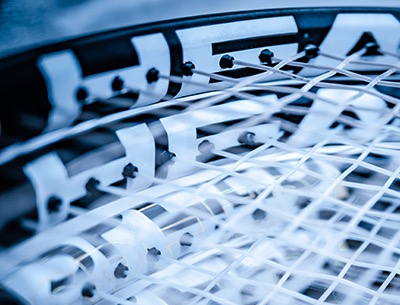 In this series I’ll be going over the major tennis racket manufacturers and looking at the different characteristics of their signature models. Last time I wrote about the American company Wilson. This time I’ll be writing about Head, which was founded in the U.S. but is now based in Europe.

Head is a sports equipment manufacturer that was founded in Delaware, U.S.A. in 1950. It is currently based in Amsterdam, the capital of the Netherlands. It has had an international reputation as one of the top brands in the sport of Alpine skiing since the 1960s, and has sponsored many Olympic and Alpine Skiing World Cup champion athletes.

It’s reputation as a racket maker developed in the late 60s, when its founder figured out a way of strengthening tennis rackets by introducing the aluminum frame. (Tennis rackets up until that point were made of wood.) Later, in 1997, it created the first titanium and graphite tennis racket.

Its iconic Speed series was developed using graphene, a material isolated and characterized by Andre Geim and Konstantin Novoselov, who won the Nobel Prize in Physics in 2010 “for groundbreaking experiments regarding the two-dimensional material graphene".

Today, Head continues to sponsor many professional tennis players at the top level, and is especially known for rackets designed for advanced and professional-level athletes. The brand also has a reputation for the stylish design of its rackets and bags.

James Boyes from UK, CC BY 2.0 <https://creativecommons.org/licenses/by/2.0>, via Wikimedia Commons

The Speed series gets its name from the fast swing speed of its rackets and are also characterized by their power and control. Novak Djokovic endorses a Speed Pro (18×20 / 310 g), while Ashleigh Barty and Bianca Andreescu—who both won their first grand slams in 2019—endorse the Speed MP (16×19 / 300 g).

The lineup also includes the Speed MP Lite and Speed Lite, but to experience the full potential of the Speed series, I recommend trying the Pro or MP.

While the Speed series is known for its high swing speed, the Gravity series, released in 2019, is characterized by its massive sweet spot. The distinctive teardrop-shaped head is at least 100 square inches across all models. True to its name, the racket has the power to hit back even the heaviest of balls.

The distinctive shape also means that the sweet spot sits a little higher on the head than in traditional rackets, which may take some getting used to for intermediate and advanced players. The racket feels suited for the new brand of tennis practiced by today’s up-and-coming players.

Andy Murray, one of the “Big Four" of men’s tennis, endorses the Radical series. (Murray actually plays with a box-beam prototype painted with the Radical design.)

The Radical series has power, spin, and the kind of maneuverability that is perfect for players with an aggressive playing style. In the past, the Radical series was endorsed by tennis legend Andre Agassi.

To experience the best of what the Radical series has to offer, I recommend trying the 295 g MP rather than the 310 g Pro.

This is a great weapon for college-level athletes and club players in their twenties. 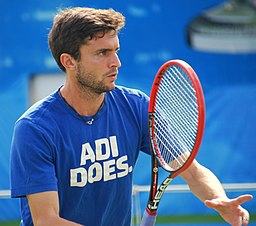 Marin Cilic uses the Prestige Mid (16×19 string pattern, small 93 square inch racket head, 320 g weight). (Cilic’s actual racket is likely heavier.) These are the specs of a weapon that can only be wielded by players who execute a proper unit turn with each swing.

Players who have strong fundamentals will find that the feeling of meeting the ball with the sweet spot is on another level.

The Instinct series is geared for baseliners who are looking for that maneuverability that will help them react and come out on top in rallies. True to its name—MP stands for midplus—the Instinct MP has fantastic mid-range specs: 100 square inch head, 300 g weight, and 16×19 string pattern. It is a popular racket among a wide range of players.

The Instinct series was endorsed by former players like Tomas Berdych and Maria Sharapova, who both have tall frames and liked to take great big swings at the ball.

The Instinct Lite, which has a 107 square inch head and weighs only 270 g, has a large sweet spot and is a great choice for women looking to become the next Sharapova.

The Extreme Pro is a spin racket endorsed by Richard Gasquet, known for ripping into the ball with his topspin singlehanded backhand. (He is also known for frequently regripping his rackets during changeovers.)

The Extreme Pro also has well-balanced mid-range specs. I recommend this to college-level players who are all about heavy spin.

9.Rackets for veteran doubles players and other club-level players

Designed with the latest technology, it has a large sweet spot that is very forgiving on the body.

The power-oriented MxG 3 is recommended for older doubles players.

I also recommend the PWR series for older experienced players who are all about finesse.

It is a racket that will help you put all of the skills in your arsenal to use, whether its topspin forehands or drop shots.

Head also has a great lineup of junior rackets. My only advice is to keep changing rackets as players grow in size and in skill.

Head also sells a range of well-made, well-designed bags—a great way for players using Head rackets to make a statement as they head out onto the court.

It’s also worth pointing out the rise of the next generation of tennis players—players like Barty and Andreescu, as well as Zverev on the men’s side.

In my next entries I will go over the racket lineups of Babolat, Yonex, and Prince.