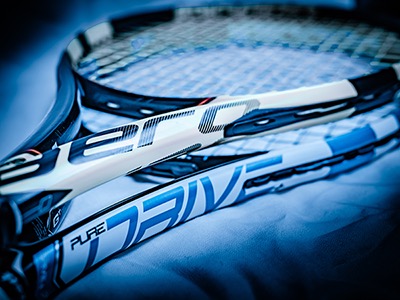 On Tennis Racket Makers (3)
- Babolat: For Players Who Like a Fast, Whippy Feel

So far in our series on leading tennis racket manufacturers, we’ve covered the American brand Wilson and the Dutch brand Head. This time I’m writing about the French brand Babolat.

Babolat was founded as a string manufacturer in 1875, when its founder created the first strings made of natural gut. Its history making rackets is much more recent, having become a “total tennis" company in 1994. Over the past 25 years it has become a major racket brand alongside Wilson and Head.

Its current global reputation is largely attributable to stars like the retired American world No. 1 tennis player Andy Roddick, who used a Pure Drive, and Big Four member Rafael Nadal, who uses a Pure Aero.

The Pure Drive series is extremely popular among club level players around the world.

Babolat’s success is also partly attributable to its product marketing strategy—namely, its three core racket lines (Pure Drive, Pure Aero, and Pure Strike) and the wide variety of racket specs within those lines means it has something for almost everybody. It has also positioned its Drive Junior racket series as an entry point for younger players.

Babolat rackets are designed for players of all ages and playing styles. It’s not hard to imagine a kid who grows up using the Drive series sticking with the brand throughout their life.

PURE DRIVE PLUS
Buy on Amazon

In terms of specs, the Pure Drive is the quintessential mid-range racket: 100 square inch racket head, 300 g weight, 16 x 19 string pattern, and 27 inch length. (In Japanese this is called ougon spec (黄金スペック), that is, “golden spec”.) The Pure Drive Tour is slightly heavier at 315 g; the Pure Drive Plus is 0.5 inches longer, and the Pure Drive Team is slightly lighter at 285 g. (About tennis racket weight and length: The heavier a racket is, the more power you can transfer to the ball. The lighter it is, the easier it is to swing fully through the ball. The longer a racket is, the easier it is to get more power on your serve. About units of measurement: the weight of a tennis racket is usually indicated in grams, while the size of the head is often indicated in square inches, and the recommended string tension in pounds.)

The Pure Drive series across the board offers a great balance of speed, power, spin, and control. It is a popular player’s racket.

The one downside is that the large sweet spot means the racket is lacking when it comes to touch. While you’ll be able to return balls even when you hit them off-center, over time that extra leeway can adversely affect the precision of your swing.

Accordingly, young players who hope to seriously compete in tournaments should stay away. 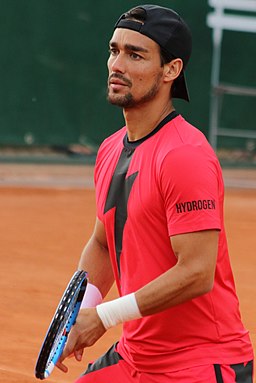 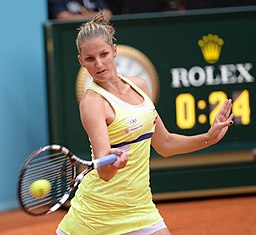 Pure Aero Plus
Buy on Amazon

Jo-Wilfried Tsonga and (now retired) Caroline Wozniacki endorse the Pure Aero Plus, which has a frame that is extended 0.5 inches for even more power in addition to spin.

For experienced players who rely on a lot of topspin, the Pure Aero can be a powerful weapon. But it can be difficult to handle for less experienced/skilled players, even in the lighter configurations.

Because the series gives players access to a lot of easy spin, it is best suited for players who can transfer their body weight into their shots—not for players who rely on skimming up against the back of the ball to generate their spin. 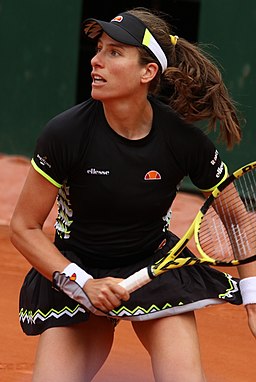 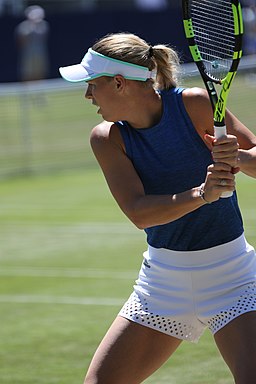 Dominic Thiem, who has consistently been one of the top players on the men’s tour over the past few years, endorses the Pure Strike (18 x 20), which has a 98 square inch head, an 18 x 20 string pattern, and weighs 305 g.

The Pure Strike series has the power and spin that is synonymous with the Babolat brand, as well as more control and feel than the Pure Drive and Pure Aero series.

I recommend the Pure Strike Team (16 x 19) version for intermediate to advanced players.

As mentioned at the beginning of this article, Babolat has a strong reputation not only for its rackets, but also for its strings. There are many pros out there who use rackets by other makers strung with Babolat strings.

The VS Touch Natural Gut 17 (1.25 mm) is a string that all players should try once. Big Four members—and Head racket users—Novak Djokovic and Andy Murray both use VS Touch in their hybrid setups.

The Xcel 17 is one of the best-known multifilament strings on the market. For those looking for something a little more affordable, the Addiction 17 is a cost-effective alternative.

The RPM Blast 15 (1.35 mm), which is Nadal’s poly of choice, has a pentagonal cross-section that imparts lots of spin on the ball. Fabio Fognini and Stan Wawrinka (the latter of whom uses a Yonex racket) both use the RPM Blast 16 (1.25 mm). For the average Japanese player, I recommend the RPM Blast 18 (1.20 mm).

If the RPM Blast is too stiff for your liking, I recommend the Pro Hurricane Tour 17 (which is also available in 18-gauge, or 1.20 mm thickness, in Japan), which is a poly that will give you easy access to spin.

For high school and intercollegiate players, I also recommend a hybrid setup of the Pro Hurricane Tour 17 and Xcel 16.

For two years in a row now (2018 and 2019) at the French Open, Pure Aero user Rafael Nadal and Pure Strike user Dominic Thiem have clashed in the finals (with Nadal the victor both times).

The French Open, which is held in late May/early June, is the only grand slam that is played on clay (red brick) courts. Clay courts “play" slower than other courts—that is, the ball loses a significant amount of its momentum when it hits the court, making it harder for players to serve aces. That means that they often must battle it out in rallies. The surface is well suited to baseliners such as Nadal and Thiem, who are both stable off of both wings.

The ball also bounces higher on clay courts than it does on other surfaces. Players like Nadal who play with lots of topspin are able to trouble their opponents with balls that are difficult to hit back with force. Moreover, as Nadal plays left-handed (he is actually right-handed), he hits crosscourt forehands to his opponents backhand; for players like Roger Federer who have a single-handed backhand, high-bouncing balls are especially difficult to deal with.

Thiem, however, is the rare single-handed backhand player that can handle high-bouncing balls to his backhand. His swings are characterized by large wind-ups off of both wings, and slower clay courts give him the time to wind up his powerful strokes.

The big question going into the 2020 clay season and French Open is who will come out on top between these two Babolat players. Will Nadal win an unprecedented 13th Roland-Garros title? Or will Thiem take the throne as the new King of Clay?

*Addendum: Dominic Thiem won the 2020 U.S. Open and could not recover in time to be in top shape for the French Open where he lost to Diego Schwartzman. Rafael Nadal won the 2020 French Open, his 13th Roland-Garros title.

On Tennis Racket Makers (3) － Babolat: For Players Who Like a Fast, Whippy Feel