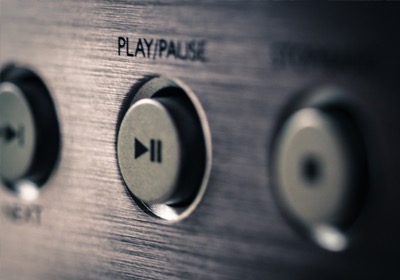 In this series of columns I will be talking about my audio equipment picks. I bring to the table knowledge about high-end consumer audio, having grown up in a house with a home audio room, as well as the professional audio equipment know-how I’ve accumulated on the job in recording studios and live music venues.

Up until around 20 years ago (in other words, back in the 20th century), pro audio equipment—for professionals—and high-end audio—for non-professionals (for the average consumer), were two completely different classes.

Around 1990, during Japan’s bubble years, the country experienced a high-end consumer audio craze, and young people flocked to stores and didn’t give a second thought to spending all their money on expensive “stereos” (as they were called at the time).

They would manage to squeeze a record player (turntable) and large speakers into their small, roughly 9-square-meter Japanese-style rooms, where they listened to their records with the volume knob on their high-powered amps turned way down.

We would do things like make airchecks—off-the-air recordings of the music on FM radio and put together a mix tape to gift to friends or lovers as music to accompany a drive.

Later on in the 90s when we entered the era of CDs and MDs (MiniDiscs, which were very popular in Japan but now seem to have completely disappeared), this consumer audio craze reached its conclusion.

In the 2000s, with the spread of the internet, Japan’s high-end audio makers started falling victim to bankruptcy, merger, and acquisition.

In the 2010s, high-end audio makers started coming out with a focus on high-res, and began introducing one new product after another, but the reality is that high-res has only caught on with a small subset of audio enthusiasts.

What has barely changed is the craft of processing sound through what are called outboard processors—specifically, equalizers, compressors, pre-amps, and the like. There are many sound engineers who prefer those 30-plus year old vintage pieces of equipment to the latest gear.

What has completely changed over the past 20 years is what the Japanese call “DTM" (short for desktop music, or in other words, computer music) and recording.

With the rapid development of information and communication technology, DTM tools for pre-production have become very sophisticated as well as available for a low price, which has brought about big changes to the music production process.

Many musicians these days get a song or track up to 95% finished at home using DTM tools.

Top-selling musicians may occasionally get a live orchestra into the studio for a session, but many musicians get their orchestra from their DTM tools. That means that all they do in the studio is record vocals for a track, mix down, or master their music—essentially post-production.

As a result, many well-known record companies have had to shut down a number of their recording studios.

With advances in information and communication technology, it’s become easier to find information about professional audio on the internet, and gear can be purchased from online stores with ease. The barrier separating pro audio and high-end consumer audio has been lowered as a result.

On the whole this is a welcome trend, but there is downside in that it’s become more complicated to connect various pieces of equipment to each other (Is it RCA? Is it XLR?).

For high-end consumer audio, RCA connectors are the norm, while with pro audio XLR is the standard. If you can get the difference down, you should be able to integrate these two classes of products.

In this series, where I will talk about my audio equipment picks, I hope to combine the audio quality of high-end consumer audio with the audio accuracy of pro audio, and introduce audio systems that are easy to use while also producing quality sound.

Stereo component systems like these have well-balanced sound and are simple to set up, but are lacking if you are looking to enjoy audio as a hobby.

Here I’d like to stress the adverse effects of “listening” to music through earphones or headphones. These days, I feel that most young people “listen” to MP3-quality songs on their smartphone through the earphones that came with the phone to begin with.

I contend that such a listening style will only stand in the way of comprehending the joy and beauty of music.

Earphones and headphones are but accessories—tools with a specific purpose—and music is meant to be heard either live or through speakers.
Music is something felt with the entire body and not just through the ears. Subjecting your ears to concentrated sound via earphones will really distort your experience of the music.

For listening to music while on the train, bus, or airplane, or in a cramped apartment, use a pair of quality headphones. (A word of caution: when riding a bicycle, refrain from using headphones or earphones.)

Also, MP3s are very hollow-sounding—so much so that I would argue that the format is completely unsuitable for listening to music. (Although it is perfect for a conversation recording.

So for those with an interest in audio as a hobby or music, I recommend getting a stereo component system for home listening, and headphones for when you are in transit.

And as for your music, instead of MP3s, listen to CDs or fill your portable audio player with CD quality data (16 bit/44.1 KHz).

The SONY MDR-CD900ST is known as the “red line" in Japan, where it is a recording studio standard. These are great for listening to vocals that have a rich middle range.

The SONY MDR-7506 is known as the “blue line", and can often be found in recording studios in Europe and America. The bass is steady, making these headphones perfect for rock or dance music.

The SONY MDR-M1ST is a pair of next-generation studio monitor headphones released in August 2019. They are being promoted as being capable of accurately reproducing hi-res audio and have the functionality and durability to withstand regular use in a professional environment.

For this first entry in our series on audio equipment and music recommendations, we looked at how professional audio and high-end consumer audio evolved after the bubble economy period in Japan, examined how the advent of DTM changed how music is recorded, and I wrote about my recommendations for stereo component systems and headphone picks. In GEAR & BUSINESS #004, I will write about portable audio players and CD players, and a sound system tailored for the Mac.