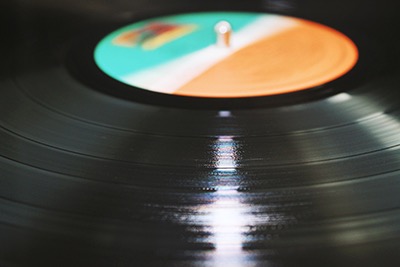 1.Prologue: Pop songs evoke a time and place
2.Rock music compilations are all about subgenres
3.AOR compilations for the road
4.New Jack Swing is as fresh as ever
5.Epilogue: Western music to Japanese ears

Pop music is always reflective of the times in which it was produced. Listen to pop music from any era and you can get a sense of the zeitgeist and an insight into its ethos.

When I’m preparing dinner, I often like to pop a compilation of love songs into the CD player to create a relaxed mood. I find the food turns out better that way.

I especially like the “A Very Special Christmas" compilation series, which were produced to benefit the Special Olympics. The CDs feature Keith Haring cover art. (There have been a total of eight volumes so far in this popular series, but my favorites are volumes 1 and 2.)

2.Rock music compilations are all about subgenres

Rock is a genre that truly encompasses a large number of subgenres.

Subgenres of rock that developed out of the blues tradition include a wide range of styles, including hard rock and heavy metal.

The content of the lyrics strongly reflect the times—or rather, discomfort, rage, or opposition toward it—and sometimes I like to spend my afternoon tea break flipping through some CD inserts and reading the lyrics. I find it helps me come up with ideas.

If there’s a particular band you think you might be into, I also recommend dipping your toe into their discography by getting a hold of a “best of" CD.

For those who are into pop, heavier rock might just seem like a lot of noise, but try leaving your preconceptions at the door—there’s a wide range of bands producing sounds of all kinds.

3.AOR compilations for the road

AOR is a genre that I feel like is predominantly popular in Japan. AOR is short for “adult-oriented rock", and is a type of music that became big in the 1980s.

The musicianship in AOR is first rate, with a lot of overlap with the jazz fusion/crossover genre. AOR by Japanese musicians was also a huge thing in Japan.

I make sure to never go out for a drive without having an AOR compilation with me. AOR compilations produced in Japan usually have an overarching listening situation or theme in mind, which are usually spot-on.

In the past, I’d burn CDs onto CD-Rs and bring a bunch of them with me onto the car. I remember one day, the summer heat got to my discs—after which the ride got pretty “jumpy".

These days I copy over several compilations’ worth of data to a USB drive, and let it play on shuffle.

4.New Jack Swing is as fresh as ever

There are a lot of great Japan exclusive black music compilations that are worth a listen.

These days the companies that produce these compilations are able to bring together music across record companies and labels to make quality compilations that are available for a reasonable price.

These compilations are especially great for those who are just getting into the genre, as artist albums on their own can be powerful, emotional journeys that are more complex than straightforward pop or rock. These collections are an easy way to expose yourself to a variety of artists and styles, and are great CDs to have as the soundtrack to your daily routine.

And if you’re looking for something more uplifting to have playing in the background as you go about your business, DJ Kaori’s mix CDs—which have their fair share of haters—are certainly very well marketed.

This trend reflects the fact that for many Japanese listeners, Western music is not about the lyrical content but about the melody. The music becomes a de facto soundtrack.

This also explains why for a long time, Whitney Houston’s version of “I Will Always Love You" was included on wedding-themed compilations.