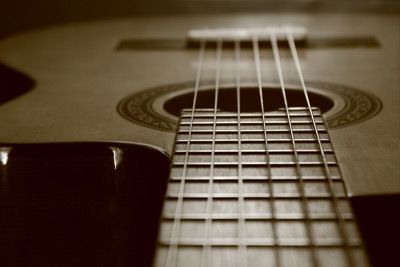 So far in this series on the music of California, we’ve covered:
(1) The Eagles and Friends
(2) The Doobie Brothers and Michael McDonald
(3) The Psychedelic Rock Sound of San Francisco and Los Angeles
(4) The Country Rock and Blues Rock of the 1970s

This fourth installment is an introduction to the work of David Lindley and Ry Cooder. Compared to the musicians we’ve covered so far, who have all attained significant commercial success, these two musicians have mostly stayed away from the mainstream spotlight. Casual fans of music might not have even heard of their names. But both Lindley and Cooder are guitar masters known for a dusty, earthy sound that evokes the American countryside, and an eclectic interest in roots music from all around the world. They embody the distinctive multicultural feel of the West Coast sound and are widely respected as “musician’s musicians".

David Lindley first garnered attention for his work as guitarist for Jackson Browne. With tangled hair, bushy muttonchops, a penchant for psychedelic shirts, and eclectic taste in music, Lindley was the perfect foil for the handsome, smooth, and introspective Browne. Throughout the 70s, he also toured with artists such as Linda Ronstadt and James Taylor, and in the 80s, he formed his own band, El Rayo-X. Since the 90s he has continued to tour and work steadily as a solo artist.

Lindley is best known as a master of the slide guitar, but is equally regarded as a multi-instrumentalist well versed in a wide variety of string instruments, including violin, banjo, and mandolin. His electrifying live performances are a fusion of rock, blues, reggae, and world music.

El Rayo-X
Lindley’s first solo album was produced by Jackson Browne and released in 1981. The music is a mix of covers and originals, and blends blues, rock, Cajun music, Middle Eastern influences, and more.

Mr. Dave
Lindley embraces a pop-leaning sound in this 1985 solo album. The standout tracks have an intriguing reggae feel. Originally a Japan-only release, it was reissued in 2016.

Love Is Strange: En Vivo Con Tino
This two-disc album is a collection of live performances from Lindley and Browne’s short Spain tour in 2006. The musical rapport between the two is outstanding, and several noteworthy Spanish musicians help bring Latin interpretations of Browne and Lindley’s music to life.

No discussion of the work of David Lindley and his influence on the West Coast sound would be complete without a look at fellow multi-instrumentalist Ry Cooder. Like Lindley, Cooder is a master of slide guitar, and there is perhaps no better showcase for his talents than his work on the soundtrack of Wim Wenders’ film Paris, Texas. Cooder and Wenders enjoyed a long working relationship that produced such films as The End of Violence and Buena Vista Social Club. 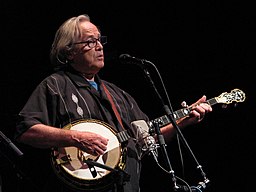 Paris, Texas
A co-production between companies in France and West Germany, this is a road movie set in Texas. A man in a fugue state reunites with the young son he has not seen for four years, and decides to embark on a journey to seek out the boy’s missing mother. Cooder’s melancholic slide guitar beautifully reflects both the protagonist’s state of mind and the barren American landscape. The film won the Palme d’Or at the 1984 Cannes Film Festival.

The End of Violence
This 1997 thriller captures the paradoxical nature of SoCal: L.A.’s reputation as a sun-drenched paradise, and Hollywood’s reputation as a morally depraved, money-hungry industry that sells violence for a profit. It is a fascinating, distinctly European take on the peculiarities of American mainstream culture. The soundtrack includes music from Ry Cooder, U2, and Tom Waits.

Buena Vista Social Club
This documentary follows the legendary Cuban musicians of the Ry Cooder-produced ensemble as they travel to the U.S. (many for the first time) and perform a sell-out concert at Carnegie Hall in New York City. The film was nominated for an Academy Award for best documentary, won best documentary at the European Film Awards, and won the Los Angeles Film Critics Association Award for Best Documentary Film, among many others.

Buena Vista Social Club
When Ry Cooder was invited to Cuba to play with veteran local musicians, he was inspired to bring the music of pre-revolutionary Cuba to a wider audience. Buena Vista Social Club is the name of the resulting ensemble, as well as the title of its debut album, which became a worldwide hit and the springboard for a successful world tour and renewed interest in Cuban music.

Soundtracks
This is a 7-CD box set of movie soundtracks made by Ry Cooder and released through Warner Brothers.

Both Texas and California were once part of Mexico (until 1848, to be exact), and continue to be home to a large Hispanic population.

River Rescue: The Very Best of Ry Cooder
This single disc best-of brings together the best songs on Cooder’s solo albums from his early career. For those unfamiliar with the artist’s music, this is a great place to start.

Cooder’s interest in roots music would also fuel his efforts to champion sounds from around the world and bring them to audiences that would have never encountered them otherwise. On his album Get Rhythm, he spotlights different rhythms from around the world, including Okinawan music. He has also produced highly-regarded collaborations with artists like the Malian singer Ali Farka Touré and the Cuban guitarist Manuel Galbán.

Get Rhythm
Cooder’s 11th album is a collection of eclectic rhythms and sounds, from the Tex-Mex take on Johnny Cash’s rockabilly song “Get Rhythm", to a blues-rock take on Elvis Presley’s “All Shook Up", to the Ryukyu vibes of “Going Back to Okinawa".

Talking Timbuktu
This 1994 album is a collaboration between Ry Cooder and Malian singer and multi-instrumentalist Ali Farka Touré. It won a Grammy Award for Best World Music Album and is listed on the excellent musical reference book 1001 Albums You Must Hear Before You Die.

Mambo Sinuendo
This 2003 album is a collaboration between Ry Cooder and Cuban guitarist Manuel Galbán. The pair bring Cuban popular music from the 50s—such as Mambo—to life in full electric. The album won a Grammy Award for Best Pop Instrumental.

Of Ry Cooder’s wide-ranging oeuvre, my favorites are his albums with Hawaiian great Gabby Pahinui and his soundtrack work for Walter Hill’s film Crossroads.

The Gabby Pahinui Hawaiian Band Vol. 1
This album is the result of sessions Ry Cooder had with Hawaiian guitar God Gabby Pahinui and his musician friends during a visit to Hawaii in the mid-70s. Pahinui’s 12-string guitar and steel guitar are front and center, and the beautiful guitar harmonies give the listener a glimpse of the real Hawaii—not the Hawaii overrun by tourists.

The Gabby Pahinui Hawaiian Band Vol. 2
This album is comprised of music that didn’t make it onto Vol. 1 as well as three songs recorded when Pahinui visited mainland U.S. in 1976. Pahinui’s interplay with other Hawaiian slack-key guitar virtuosos is the highlight.

Crossroads
This road movie was inspired by the legend that blues singer and musician Robert Johnson sold his soul to the devil at a local crossroads in exchange for blues virtuosity. Most of the music is played and produced by Ry Cooder, except for parts of the climactic guitar duel between the protagonist and guitarist Steve Vai.

Crossroads: Original Motion Picture Soundtrack
This is the soundtrack album to Walter Hill’s film Crossroads. Ry Cooder’s blues guitar perfectly captures the earthy feel of the dusty American countryside. My only gripe is that Steve Vai’s climactic guitar battle is not included on the disc.

The Complete Recordings
This two-disc album features the totality of Johnson’s recording output. Rolling Stone magazine ranked it 22nd on its list of the 500 greatest albums of all time.

As this brief introduction has shown, an understanding of the relationship between blues and slide guitar, and Hawaiian music and slack-key guitar is indispensable to appreciating the work of David Lindley and Ry Cooder. The deeper your understanding of musical genres and guitar playing, the more multidimensional their music reveals itself to be.

Check out Ry Cooder’s music in particular, starting with River Rescue: The Very Best of Ry Cooder. His love of blues, Hawaiian music, Okinawan music, and other roots music from around the world is infectious. And if his music seems bland to you, understand that it says more about your musical tastes than it does about the music itself.