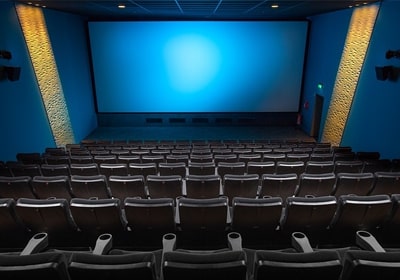 In middle school and high school, I was a voracious reader of literature, but among my circle of friends I was also an avid watcher of films.

Today I’d like to talk about some of the films that have left the biggest impression on me.

2.The World According to Garp (1982) Starring: Robin Williams

The film adaptation of John Irving’s The World According to Garp had a profound impact on me.

The highlight is the late great Robin Williams, who sadly committed suicide in 2014. Williams is tasked with portraying Garp at different stages in his life, and it’s a testament to his ability as a dramatic actor that he’s able to bring a sense of verisimilitude to each portrayal.

It’s my feeling that many Japanese are so swept up in the work that they have to do in front of them that they neglect to think about the meaning of life or consider their own lives as a whole.

For those looking for a film that will have them pondering this thing we call life, look no further.

The Irving novel on which this film is based has its own charms, and is definitely worth a read.

When I watch this film, I get a better understanding of why my mother decided to immigrate to Hawaii. It gives you an idea of just how much Hawaii—and the U.S. in general—up into the 70s represented the promised land for the Japanese.

Having grown up in the U.S. in the 80s and 90s, the dark side of what was supposedly paradise left a much stronger impression on me than the light. Even California, for all its progressivism, felt not like the sun-drenched land of dreams, but a place of internal strife, plagued by racial discrimination and economic disparity. I felt suffocated.

On the other hand, when I visited Hawaii with my family as a kid, it seemed (to my undoubtedly naive eyes) that people of all colors were doing a much better job of getting along. It was on that trip that I was taken by the sight of surfers getting the most spectacular tube rides at the Banzai Pipeline off Oahu’s North Shore. One day I intend to come face to face with those big blue waves.

Back when the dinosaurs roamed the Earth, much of California was under the ocean. As a result, the state does not have a rich trove of dinosaur fossils waiting to be unearthed.

Nevertheless, countless childhood visits to the many natural science museums across the state fostered a fascination of dinosaur-sized proportions, and it’s no wonder that many California children go through a phase of wanting to become a paleontologist. I don’t know that I ever grew out of that phase myself.

For any self-respecting American, Jurassic Park is required viewing—for that matter, you could say all of Spielberg films are.

Spielberg is an unabashed film geek, but unlike otaku (a pejorative term for people obsessed with a specific subculture to the point where their social skills suffer), there’s universality to what he stands for. I see that as a reflection of his evolution as a director, he increasingly explored his relationship with his Jewish identity as he evolved as a director. That is evident in films like Schindler’s List and Munich.

For my generation—the first-wave of millennials—the first Star Wars trilogy was something you stayed up to watch, even if it meant forgetting to brush your teeth before going to bed.

I even went to see The Force Awakens, Rogue One: A Star Wars Story, and Star Wars: The Last Jedi—the films that came out after I’d moved to Japan—on opening day along with a (half-Japanese, half-American) buddy of mine from my UCLA days.

Much like every American kid dreams of becoming a paleontologist, they also go through an astronaut phase (or sometimes an intergalactic fighter pilot phase).

For America, a nation build by immigrants, this film (and Mario Puzo novel on which it is based) is a modern-day bible of sorts.

This film depicts a time in America’s history when white Italian-Americans faced hostility and even persecution due to their immigrant background and religion. By the time my generation came about in the 80s and 90s, that antagonism and stereotyping had been redirected toward Asians (Japanese, Koreans, Chinese, Filipinos, etc.).

To many Japanese, racism in America is exclusively a story of racism against African Americans. The Godfather is a reminder that we should not forget the history of anti-Italian, anti-Irish, and other anti-white Catholic sentiment—and the endemic nature of racism in America.

When I showed BigBrother pictures of Santa Clara, where I grew up, he remarked that it reminded him of the setting of American Graffiti. He wasn’t far off—directed by George Lucas and produced by Francis Ford Coppola, American Graffiti (or “Ame-Gura", as it is affectionately referred to in Japan) is a coming-of-age film that captures what life was like in suburbia during the post-war golden age. (The film is set in Modesto, California, about an hour and a half’s drive from Santa Clara.)

Truly, the film is the embodiment of the American Dream.

BigBrother longed to be like John Milner—played by Paul Le Mat—cruising in his yellow Ford Deuce Coupé; he would even roll up a pack of Camels in his t-shirt sleeve.

I can understand where he’s coming from. When I was a kid, I dreamed of becoming a radio DJ like Wolfman Jack.