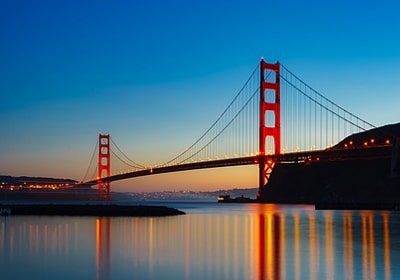 In the epilogue for CINEMA & THEATER #001, I talked about how the coming-of-age film American Graffiti perfectly encapsulated Californian suburban life at the time. In this article I’ve written some more about American Graffiti as well as other films set in California, as well as some surfing films. Finally, I wrote about Japanese singer-songwriter Yamashita Tatsuro, whose sound is greatly influenced by the quintessential Californian pop/rock group, The Beach Boys.

This film is emblematic of America before the Vietnam War turned into a complete quagmire—the good ol’ days, back when America was perhaps the greatest country in the world.

It is directed and written by George Lucas and produced by Francis Ford Coppola—who is a graduate of my alma mater, UCLA. It made its debut in America in 1973.

The setting is Modesto, California—where Lucas was born and raised—circa 1962. Modesto is about a two-hour drive inland from San Francisco, and is not unlike the city where I grew up.

I first saw this film at a local movie theater when I was in middle school. I remember getting a little sentimental, as to me it represented a window into the era when my parents were in the prime of youth.

Although low budget, the film was a massive success, which gave George Lucas the means to make Star Wars: Episode IV – A New Hope.

All of the music in the background played by radio DJ Wolfman Jack is fantastic—the ideal soundtrack for a drive.

After watching the film, I wanted to become a radio DJ like Wolfman Jack when I grew up.

This 1969 film is a classic example of New Hollywood—a movement that gave rise to a new generation of filmmakers that changed the cinema landscape.

Watching this film was a way to get a visceral understanding of the hippie movement—a thriving counterculture from my parents’ youth that rejected mainstream American social mores.

I was especially taken not by the “Captain America" chopper ridden by Peter Fonda, but the Harley-Davidson ridden by Dennis Hopper—who also directed the film. Someday I hope to ride Route 66 across America on a Harley-Davidson myself.

The soundtrack to this film is also ideal for the road. “Born to Be Wild" is iconic.

The place where I grew up is actually a little inland, and not exactly close to the ocean. (The state of California is roughly comparable in size to Honshu, Japan’s main island.)

Nonetheless, the beach town of Malibu holds a special appeal for any California boy—it’s a mythological place along the lines of Beverly Hills.

This film is a surfing and coming of age film set in this fabled place called Malibu. Boys growing up in California never stop dreaming about surfing and skateboarding.

Back in high school I saw Blue Crush, a film about a woman in Oahu, Hawaii aspiring to be a professional surfer.

The story centers on the Banzai Pipeline on the North Shore, a place that captivated me when I visited with my family in my early teens.

What spoke to me about the film was not so much the story or its themes, but the gung-ho passion and primitive yearning surrounding the Pipeline and this thing called tube riding.

On the surface, these three films capture the quest of surfers who are in a never-ending global pursuit of the best waves on the planet. Taken as a whole, however, the films offer a glimpse into the life of a surfer. You come out with an understanding of the spiritual significance of the endeavor—why surfers feel an affinity for Zen Buddhism and meditation.

I was awakened to the fact that my father, my mother, and even I might just have a little of that surfer mettle in us.

These films are must-watches for those who feel overwhelmed by their day-to-day work or studies, who feel like they’re losing sight of the meaning or value of life. You’ll realize just how small your troubles really are.

I recently watched two surfing documentaries in a row on NHK’s BS1 channel. One captured the insane feats of big wave surfers in Nazaré, Portugal. The other followed surfers living to ride the tube on the Banzai Pipeline of the North Shore.

There’s just something about big waves that drives men to put their lives on the line.

Compared to the above films, this one is not as well regarded (or well known) around the world. I learned of this film through the discography of Yamashita Tatsuro, one of the best musicians I’ve encountered since coming to Japan. My heart skipped a beat when I first saw the tube ride captured on the album cover.

I first became aware of Yamashita’s music after I’d moved to Tokyo, when I went for a drive with a friend and he played the compilation albums Come Along and Come Along 2 back-to-back on the CD stereo.

Yamashita’s lyrics are a liberal mix of Japanese and English—a little like an international high school student who speaks in a champon (indiscriminate mix) of Japanese in English. It helps that his pronunciation isn’t half bad.

The ambivalent style felt very fresh to me then; I was in my mid-twenties and struggling with an identity crisis—was I Japanese or American? Yamashita taught me that I could be both Japanese and American, and that it was perfectly all right to take the best of both worlds. I’ve been a big fan of Yamashita Tatsuro’s music ever since.

My favorite song from the Big Wave soundtrack is the English version of “Jody”, a perfect slice of summer romanticism that will always have a very special place in my heart.

Come Along
Buy on Amazon

Come Along 2
Buy on Amazon

Come Along 3
Buy on Amazon

In 2017, the third installment in Yamashita Tatsuro’s Come Along compilation series was released, 33 years after the last one.

The first two Come Along compilations were originally promotional—rather than commercial—vinyl affairs, woven together with interstitial radio DJ banter by Kobayashi Katsuya. So this third installment 33 years in the making feels kind of like a miracle.

And to me it also feels like destiny—given the vinyl revival, the enduring appeal of Yamashita’s music, the depth of Kobayashi’s love for western music, and the fact that in my thirties I finally feel like I’ve made it out to the break.

I only hope that this wonderful Japanese musician becomes better known around the world. His music is an invitation you shouldn’t miss.

When I told BigBrother that in my early teens I’d visited Oahu’s North Shore and that I someday hoped to catch a tube ride at the Pipeline, his advice was to build the stamina to swim front crawl for 10 km non-stop, and learn to ride a skateboard in a goofy stance (where your left foot is on the tail of the board).

Since the turn of the millennium, goofy-footers haven’t made much of a splash at professional competitions held at the Pipeline. Nonetheless, BigBrother maintains that it’s more advantageous to take the left—the Pipeline—rather than utilizing the Backdoor—going right.

I’ve been using these two boards to practice everyday, slaloming downhill in a serpentine pattern and trying to tic-tac my way back uphill.